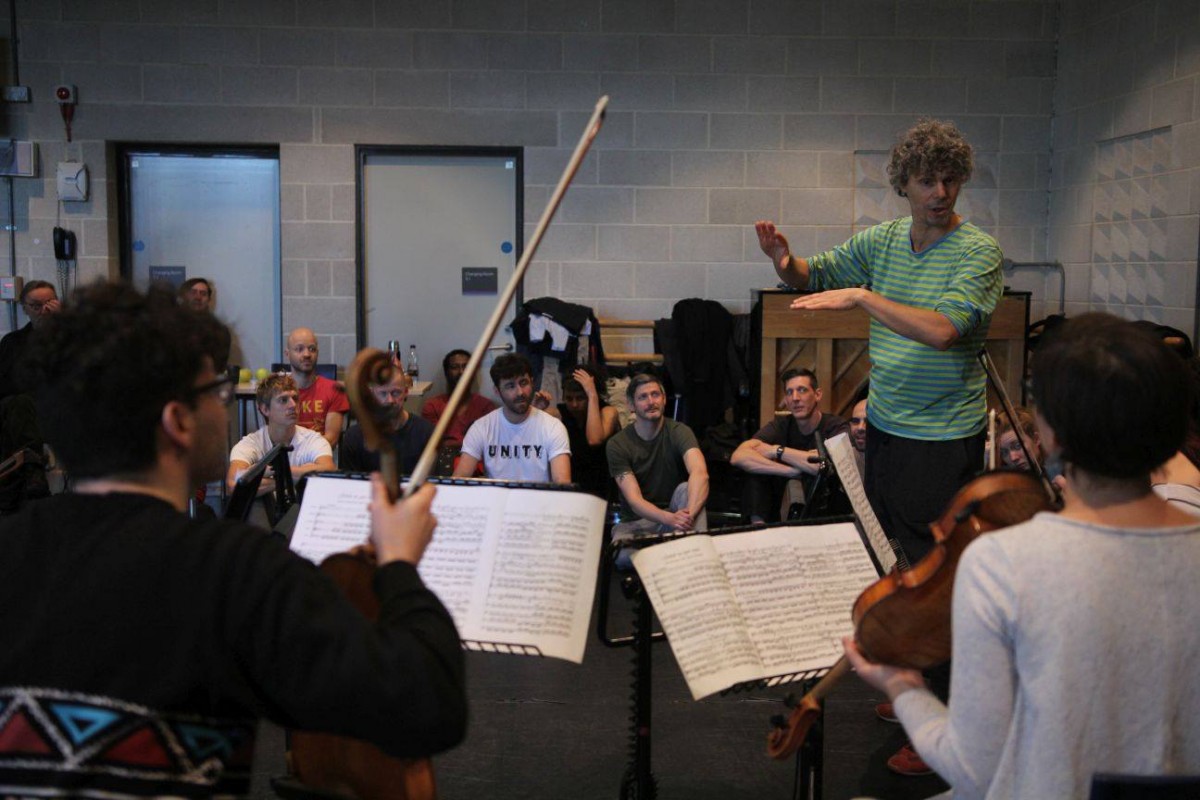 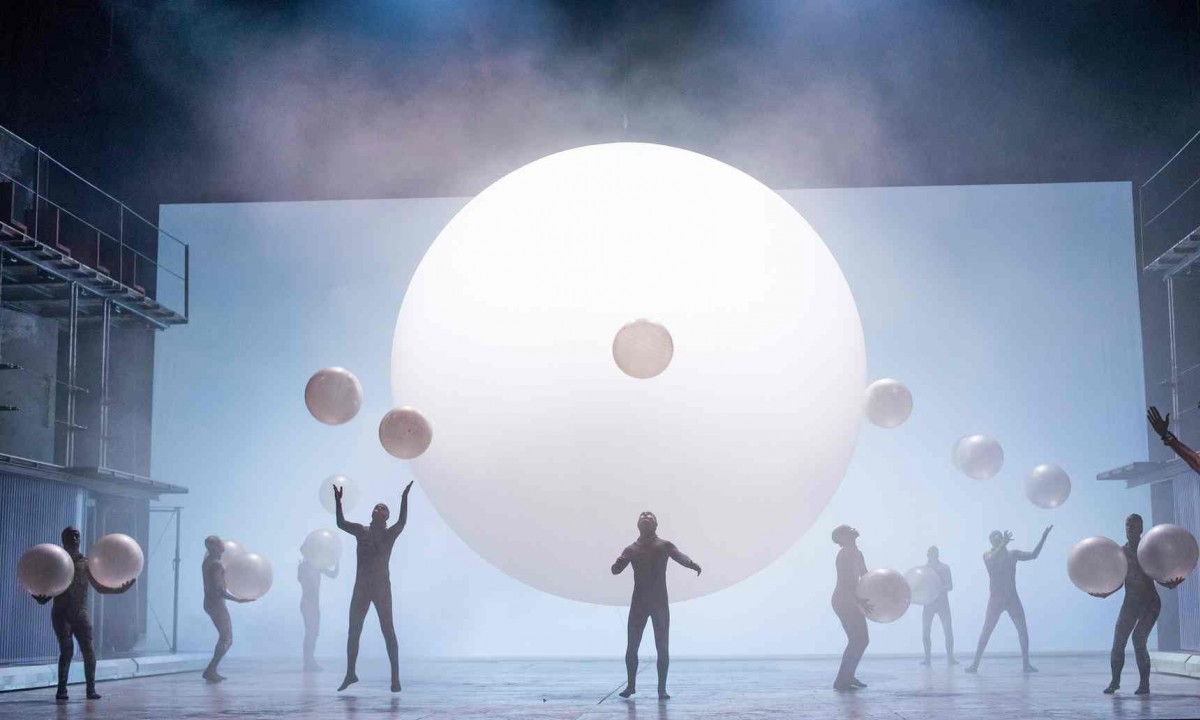 In 2016 Sean Gandini was asked to choreograph and perform in the Skills Ensemble of ENO production of Philip Glass’s Akhnaten. Joined by 9 Gandini Jugglers the piece premiered at the London Coliseum in March 2016 and transferred to the LA Opera house in November 2016. The ENO are expected revive the piece during 2018 followed by a run at the New York Met in 2019...

Directed by Phelim McDermott, with designer Tom Pye, Akhnaten explores the life and religious convictions of the Egyptian pharaoh, and forms the last of Philip Glass’s trilogy of ‘portrait’ operas in which he looks at figures from the fields of science (Einstein), politics (Gandhi) and religion (Akhnaten).

Alongside working on the main stage production Akhnaten was used as a springboard to create a 30-minute music theatre performance with non-professional performers of mixed ages, working alongside the professional artists from the opera.  As part of the ENO Baylis Community Learning and Engagement programme, Gandini Juggling had an opportunity to develop the technical and physical skills of student, amateur and emerging jugglers - exploring the music and structural patterns drawn from the music and text of Philip Glass’s Akhnaten. The community group used the physical language of ritual to access the ancient world of Akhnaten and four vignettes were created, each responding to a scene in the opera and the project culminating in a public performance at The British Museum. Professional performers from ENO production joined the participants and a short film has been created to document the journey and tell the story of the ‘Millions of Years project’. Click HERE to watch a short film of the project

★★★★ ‘A team of jugglers whose rhythmic ball and club tossing fitted the music astonishingly well.’ The Express

Akhnaten is a new production supported by ENO Contemporary and a syndicate of individual donors. A collaboration with Improbable. A co-production with LA Opera.

As one of the worlds best technical and innovative jugglers Wes Peden is a force of nature.

With shows designed for space stations and parking lots he has performed in over 25 countries including Japan, Israel, Australia, and Iceland. His energetic, complex, and playful juggling style has won him awards from the International Juggling Association and the festival Cirque de Demain.

Wes takes inspiration from Sumo wrestling, fast-food packaging, and 1950´s playgrounds. Wes is currently on tour with his solo projects Béton and Rollercoaster. 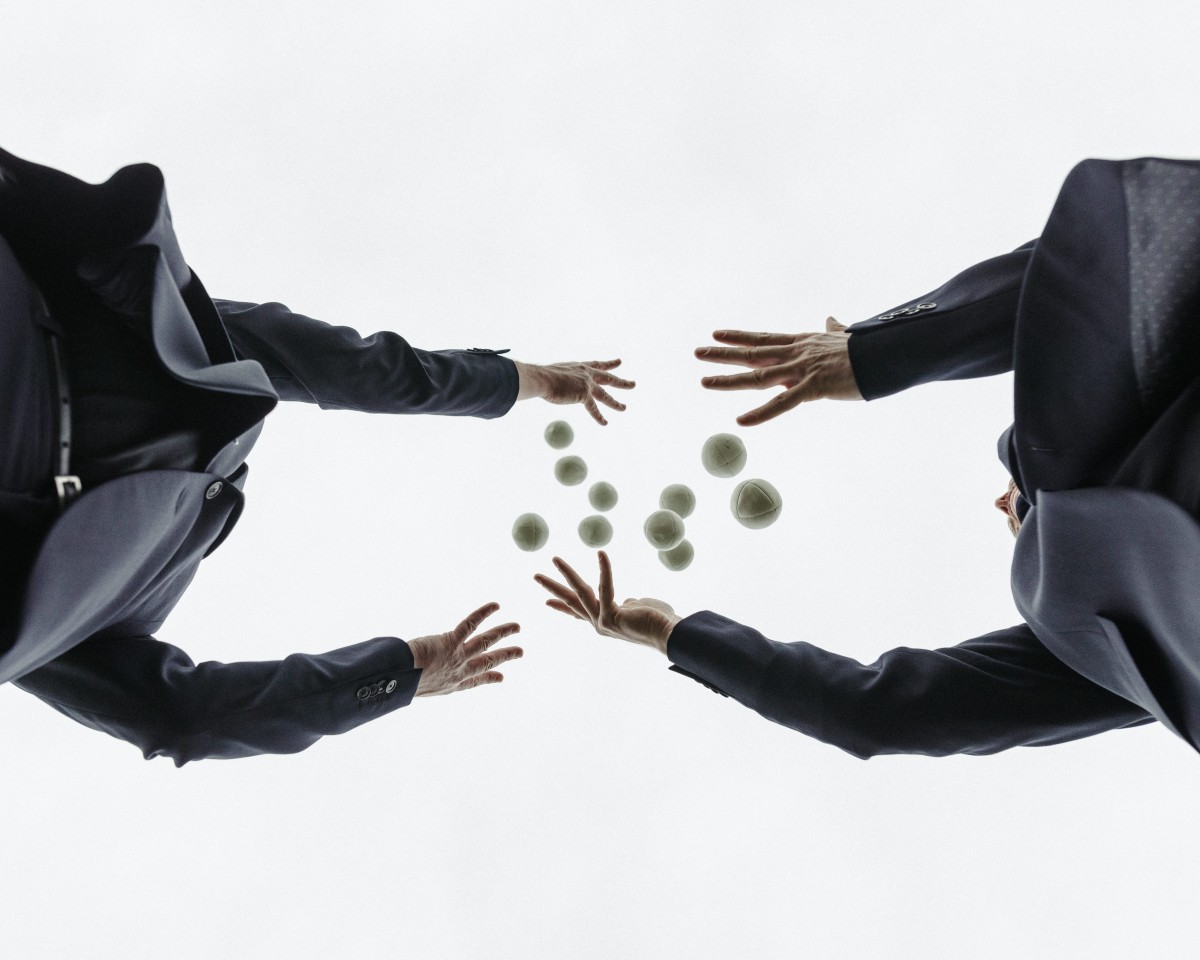 Chris Patfield and Jose Triguero are the creative team behind Gibbon - a poetic and comedic juggling and movement based piece about self-awareness and internal dialogues. The intent of the piece is to unearth the connections between human behaviors, the cycle of nature and to explore the journey into oneself. Gibbon will question notions around affection, violence, co-operation, and external versus internal expectations as well as the need for personal space and what happens when it is taken away.

Co-produced by Gandini Juggling, Gibbon will innovate choreographically and conceptually by mixing different art forms with juggling, exploring the ideas through a subconscious and visceral approach and using movement/devised theatre tools to create a surreal and touching atmosphere on stage.

Chris & Jose both graduated from National Centre for Circus Arts and have spent much of their career working, creating and educating with Gandini Juggling. With a strong interest in movement and theatre they have attended dance and choreography courses with artists such as Anton Lachky and Roberto Olivan. They have also worked independently for companies like No Fit State, New London Consort, Keziah Serreau, Stumble Dance Circus, English National Ballet and English National Opera, Hebrides ensemble and St Magnus music festival to name a few.

Gibbon will go into development this summer, with a premier in December 2017 and will be available for UK and international touring throughout 2018 and beyond.

You can find a short film here.